Regional school for the enhancement of cultural
heritage Enaip Lombardia

Botticino was founded in 1974 with the support of the Lombardy Region and the Central Institute of Restoration of Rome, to carry out higher education, higher and continuing training courses in the field of enhancement, conservation and restoration of cultural heritage.
To date, the School has updated numerous professionals in the sector, qualifying thousands of restorers and restoration technicians, guaranteeing significant results in terms of employment level and professional success.

The academic approach is centered on the “real task” that places direct intervention on the works at the center of learning.
This has allowed our students to contribute with teachers to the restoration of over a thousand protected assets, both movable and immovable, located in Italy or coming from Italian and foreign collections. The cultural premise on which the training action is based is the teaching of the ‘real task‘ and ‘learning by doing‘, to acquire and consolidate the knowledge and technical-professional skills experienced; The direct intervention on the works and practical activities for an external client is at the center of learning, in equipped technical-professional laboratories and in real work contexts. Internships and ‘on the job’ learning activities are carried out as training opportunities and opportunities to facilitate access to the work market and enter into relationships with the players that revolve around the production chain.

Interdisciplinarity between the historical-artistic, scientific, technical-methodological and practice areas of restoration requires not only the experience in equipped laboratories and external school-building sites, but also the ability to manage and govern the real production processes, the design and management of restoration interventions.

ACTIVITIES IN THE TERRITORY

A methodological approach centered on the connection with the territory in question, contributing to the enhancement of its multiple specificities and to the construction of stable links with the local production system. This has allowed the students of the School to carry out conservation and restoration interventions on over 1200 works (paintings on canvas, wooden works, wall paintings, sculptures, tapestries and textile artefacts, paper and membranous artefacts) from religious institutions, public bodies, museums, funds and archives, private entities and to participate in 45 educational sites for the restoration of wall paintings, decorated surfaces of architecture, altars, organ fronts and wooden choirs.

Forty-five years of consistent application of this methodology have allowed the Botticino School of Restoration to build relationships with:

Research centers, universities, museums, Italian and foreign cultural institutions, laboratories and companies, ecclesiastical bodies and public administrations. Among these: the National Gallery of London, the Museu do Azulejos of Lisbon, the Museum of Fine Arts of Valencia, the Musée Carnavalet of Paris, the Tapestry Workshop of the Quirinale, the Vatican Museums, the Jewish Museum of Florence, the Opificio delle Pietre Dure of Florence, Institute for Conservation and Restoration of Rome, Superintendencies of Lombardy, Liguria, Veneto and Trentino, Direction du Patrimoine of Corsica, Civic and Diocesan Museums of Brescia, Civic Museums of Bassano del Grappa and Cremona, Culture Direction of the Lombardy Region, Universities of Milan, Pavia and Ferrara, SUPSI of Lugano, CNR of Milan.

In the three-year period 2006/2008, the Enaip Lombardia School of Botticino was the leader of the Regional Training Center for Cultural Heritage and in 2009/10 together with the Universities of Pavia, Politecnico, Statale and Bicocca of Milan and the ICVBC-CNR Centro Gino Bozza of Milan, became one of the partners of the Polo for the Enhancement of Cultural Heritage established on the basis of a Program Agreement promoted and led by the DG Culture of the Region.

FOR THE PROTECTION OF CULTURAL HERITAGE

The Botticino School of Restoration founded in 1974 has obtained numerous awards
and certifications over the course of 45 years, including:

Recognised as a Center of Regional
Relevance

Accredited by the MIUR and MiBACT Ministries 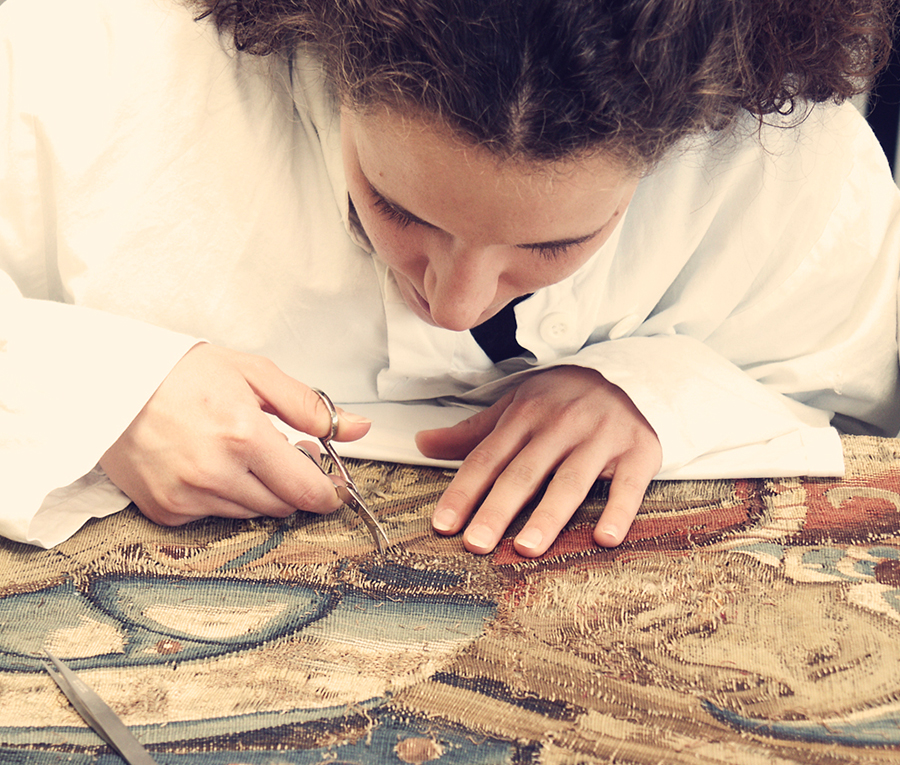 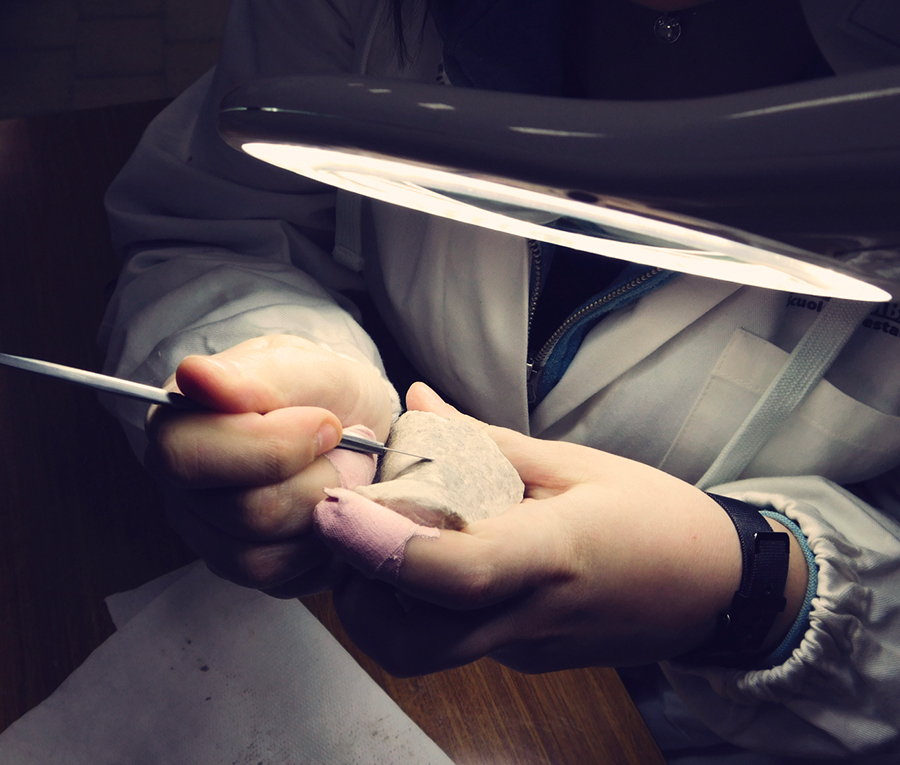 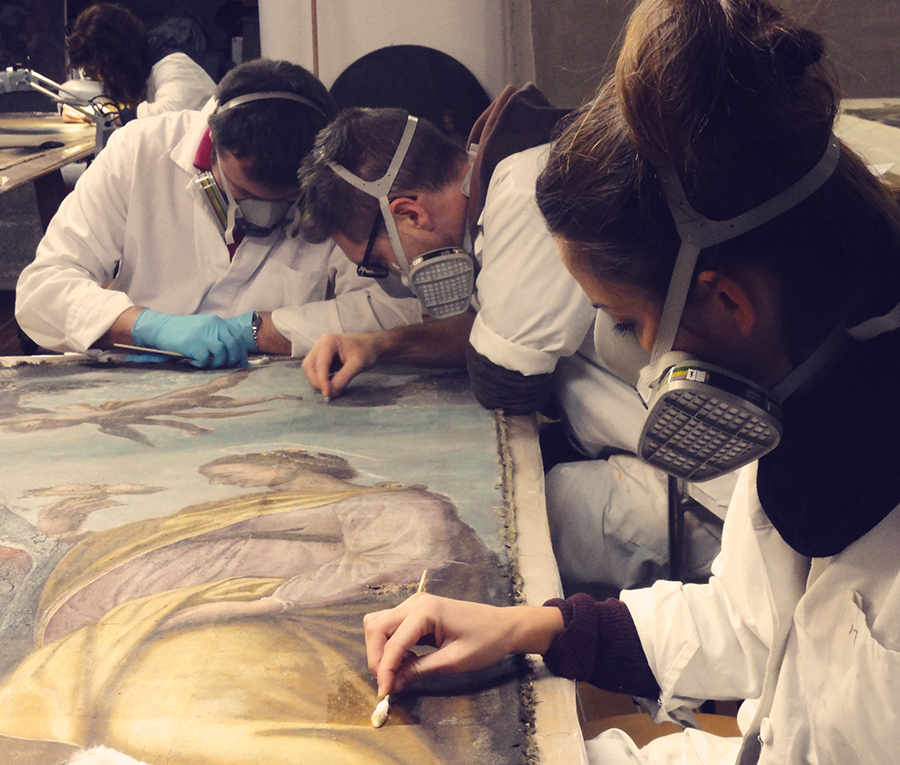 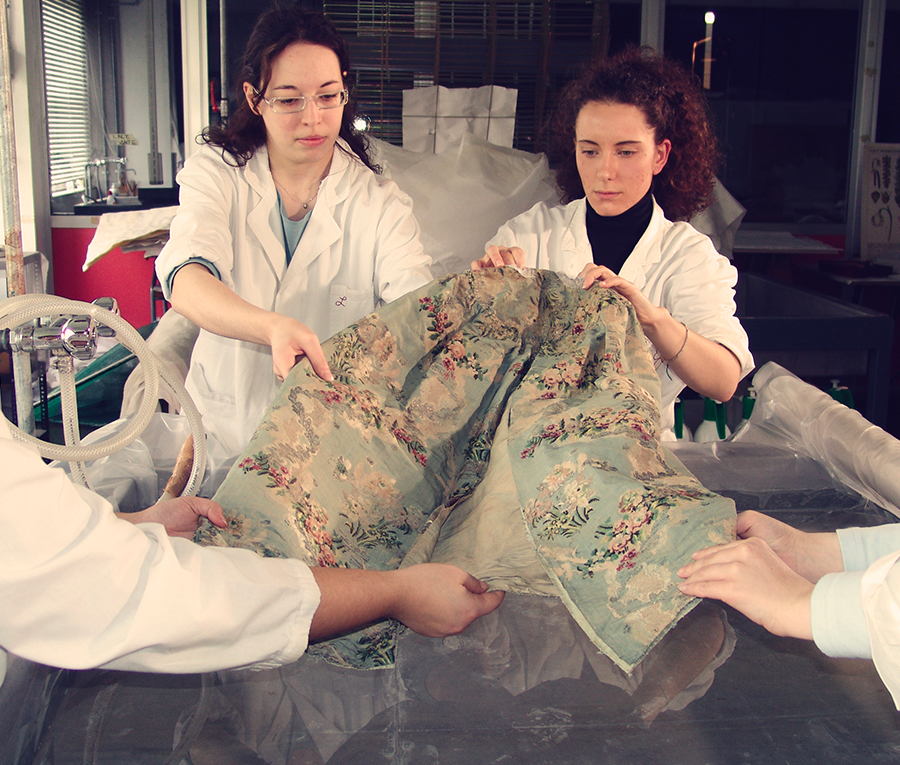 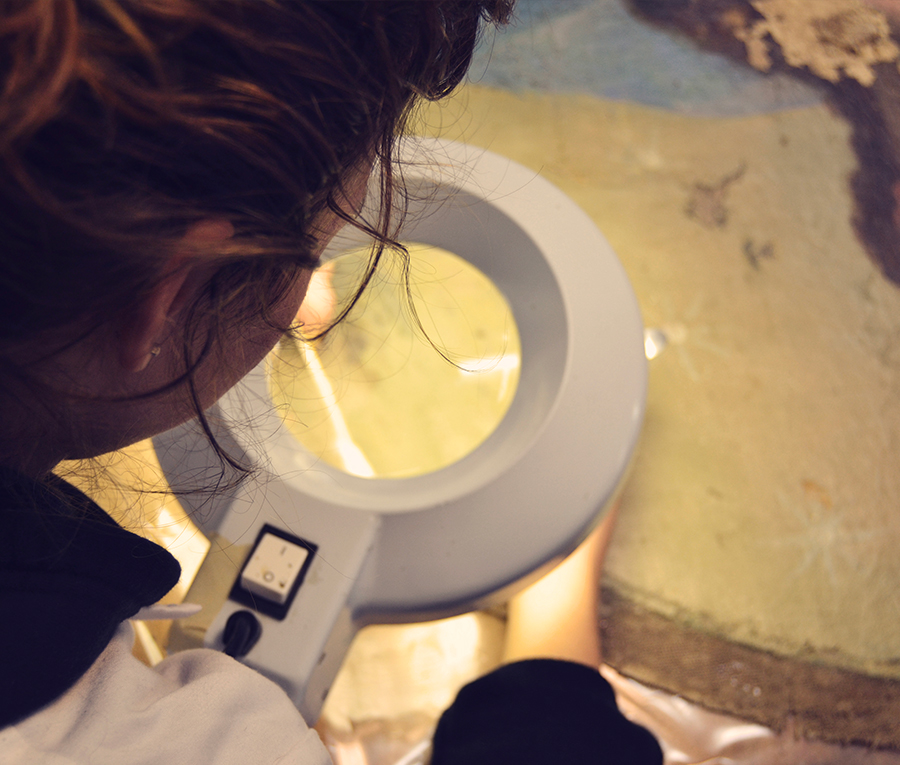 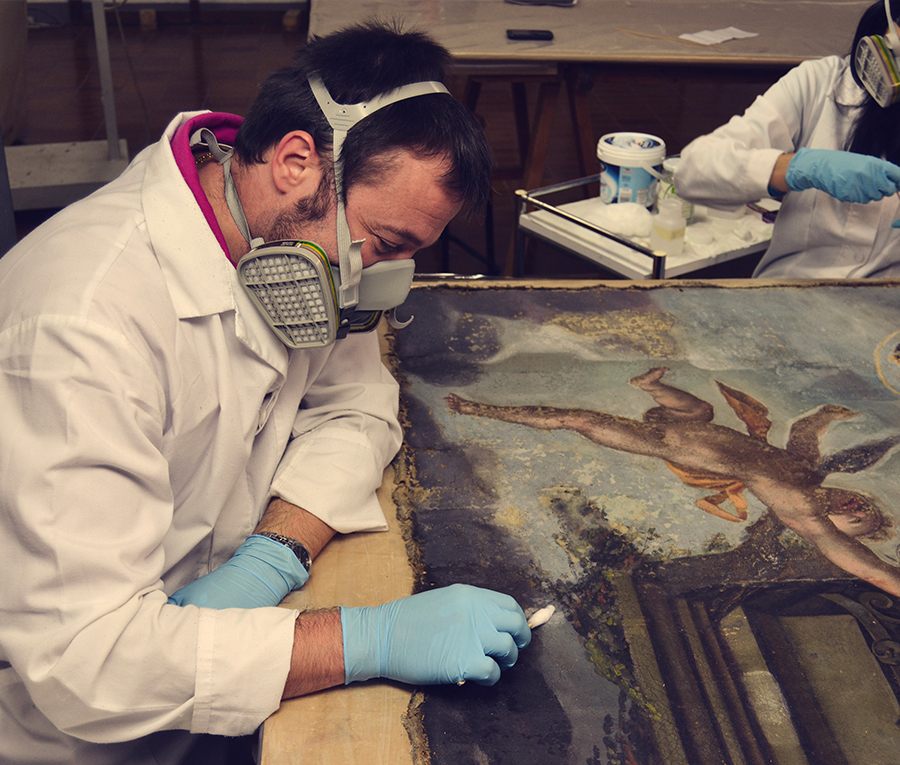 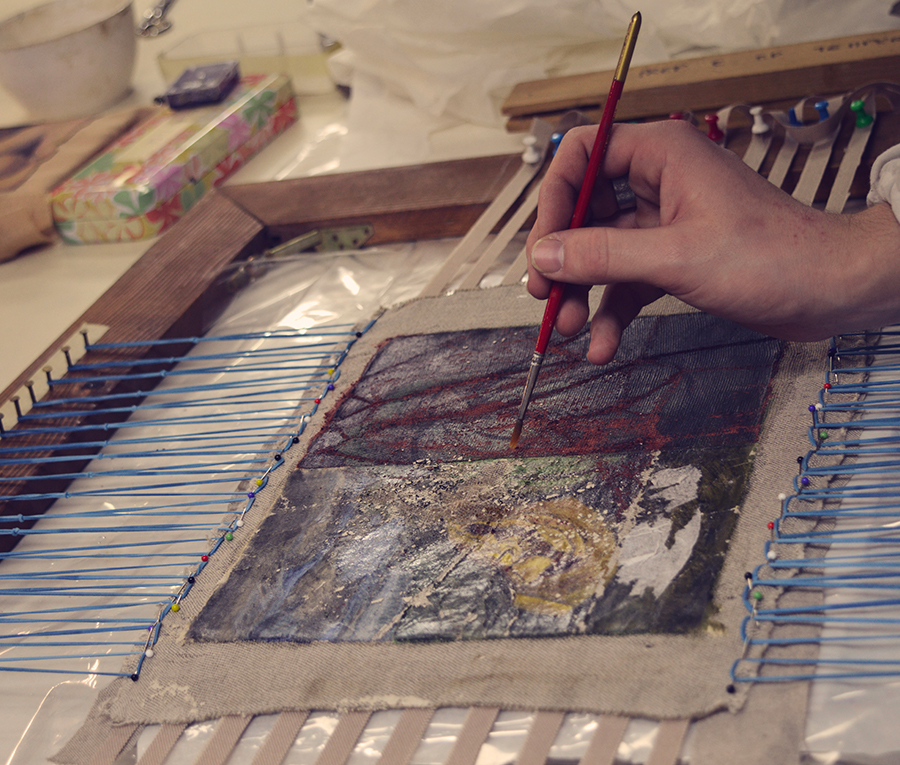 We use cookies to personalize and offer the contents that are shown to you, in order to guarantee you the best possible experience.Read more
Accept allOnly necessariesPreferences Deny
Manage Consent

This website uses cookies to improve your experience while you navigate through the website. Out of these, the cookies that are categorized as necessary are stored on your browser as they are essential for the working of basic functionalities of the website. We also use third-party cookies that help us analyze and understand how you use this website. These cookies will be stored in your browser only with your consent. You also have the option to opt-out of these cookies. But opting out of some of these cookies may affect your browsing experience.
Necessary Always Enabled
Necessary cookies are absolutely essential for the website to function properly. These cookies ensure basic functionalities and security features of the website, anonymously.
Functional
Functional cookies help to perform certain functionalities like sharing the content of the website on social media platforms, collect feedbacks, and other third-party features.
Analytics
Analytical cookies are used to understand how visitors interact with the website. These cookies help provide information on metrics the number of visitors, bounce rate, traffic source, etc.
Performance
Performance cookies are used to understand and analyze the key performance indexes of the website which helps in delivering a better user experience for the visitors.
Advertisement
I cookie pubblicitari vengono utilizzati per fornire ai visitatori annunci e campagne di marketing pertinenti. Questi cookie tengono traccia dei visitatori sui siti Web e raccolgono informazioni per fornire annunci personalizzati.
Others
Other uncategorized cookies are those that are being analyzed and have not been classified into a category as yet.